Is it Bullying or Mobbing?[ii]

Bullying and mobbing are different. Both involve aggressive and hostile behaviours directed towards a ‘target’.

The critical factor that distinguishes between church bullying and church mobbing is the involvement of church leadership in the bullying situation.

Those who Engage in Mobbing (bullying): 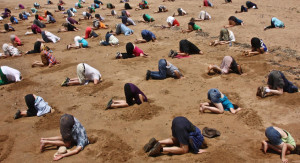 [ii] Much of the description of ‘mobbing’ has been gleaned from a literature review of mobbing research published by Duffy,M & Sperry,L (2012) Mobbing: Causes, Consequences and Solutions. New York, New York. Oxford University Press.